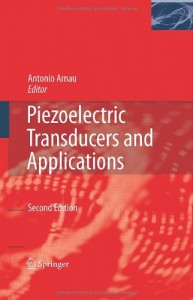 Since the publication of the first edition, the richness of the study of piezoelectric transducers has resulted in a large number of studies dealing both with new understandings underlying the principles, with new technological advances in its applications and indeed with developing new areas of utility for these transducers. The motivations driving the publication of that first edition as described in its foreword (which follows) continues with increased validity. The value of a second edition to include these new developments has been prepared. During the interim, the contributors and their students have not only continued, but increased their mutual interactions resulting in an amazing energy and synergy which is revealed in this edition.